Recalling the importance of preserving the buildings and the environments that constitute the basis for a new kind of world, developing in the Cyberspace.

Have agreed as follows:

The purpose of this convention

In the last decade many new worlds are born, the so called MMOG and MMORPGS. And there one can find many new forms of architectures. Some are based on designs that recall the architectural forms of real life, but many of them decline an original style. For this reason, they are original expressions of art and the must be preserved. In fact, in these world there is an intense and chaotic urban development, uncontrolled by any form of authority, and there is the risk that several buildings created for these worlds will disappear and be lost forever, due to many reasons.

Definition of the virtual architectural heritage

For the purposes of this convention, here are the properties to be preserved.

Sites: areas who are topographically definable and have a special interest either for social or artistic sense either for the gameplay.

Formation of a scientific committee for the protection of virtual heritage

It will be created a scientific committee, formed by architects, critics of art, designers, economists, game designers, who will define in an essay the specific characters of the new architectures of the MMOGS and MMORPGS.

Identification of the heritage

The scientific committee will also contribute to prepare an inventory of the most relevant places, architectures and environments in MMOGS, a sort of atlas that will be constantly updated.

Agreements with the programmers

One of the main purposes of this convention is that there will be an artistic authority recognised by the programmers, who will consent to have a supervision. By this way, the suggestions of the scientific committee of the convention will be submitted to the programmers.

Unicity of a building

In a MMOG or MMORPG will not be allowed to create replicas of already existing buildings or sites in that world.

To prevent the disfigurement or demolition of protected properties the programmers of the MMOG undertake to introduce legislation which:

a) requires the submission to a competent authority of any scheme for the demolition of virtual monuments which are protected.

b) requires the submission to a competent authority of any scheme which involves substantial alterations of protected buildings.

In case an hacker would destroy part of the environment, causing damage of a building, or in case a player decided to destroy a building he made, the programmers must rebuild the protected properties.

End of a World

In case a virtual world is closed by the programmers, it will be prepared a digital archive of the virtual environments of that world. There will be machinima movies and screenshots with descriptions.

This website uses cookies to improve your experience while you navigate through the website. Out of these, the cookies that are categorized as necessary are stored on your browser as they are essential for the working of basic functionalities of the website. We also use third-party cookies that help us analyze and understand how you use this website. These cookies will be stored in your browser only with your consent. You also have the option to opt-out of these cookies. But opting out of some of these cookies may affect your browsing experience.
Necessary Sempre abilitato
Necessary cookies are absolutely essential for the website to function properly. This category only includes cookies that ensures basic functionalities and security features of the website. These cookies do not store any personal information.
Non-necessary
Any cookies that may not be particularly necessary for the website to function and is used specifically to collect user personal data via analytics, ads, other embedded contents are termed as non-necessary cookies. It is mandatory to procure user consent prior to running these cookies on your website.
ACCETTA E SALVA 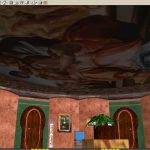 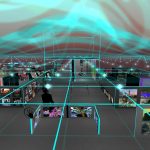